Ukrainian President and the US Secretary of State discussed the situation in Donbas, deoccupation of Crimea, international agenda and reforms in Ukraine 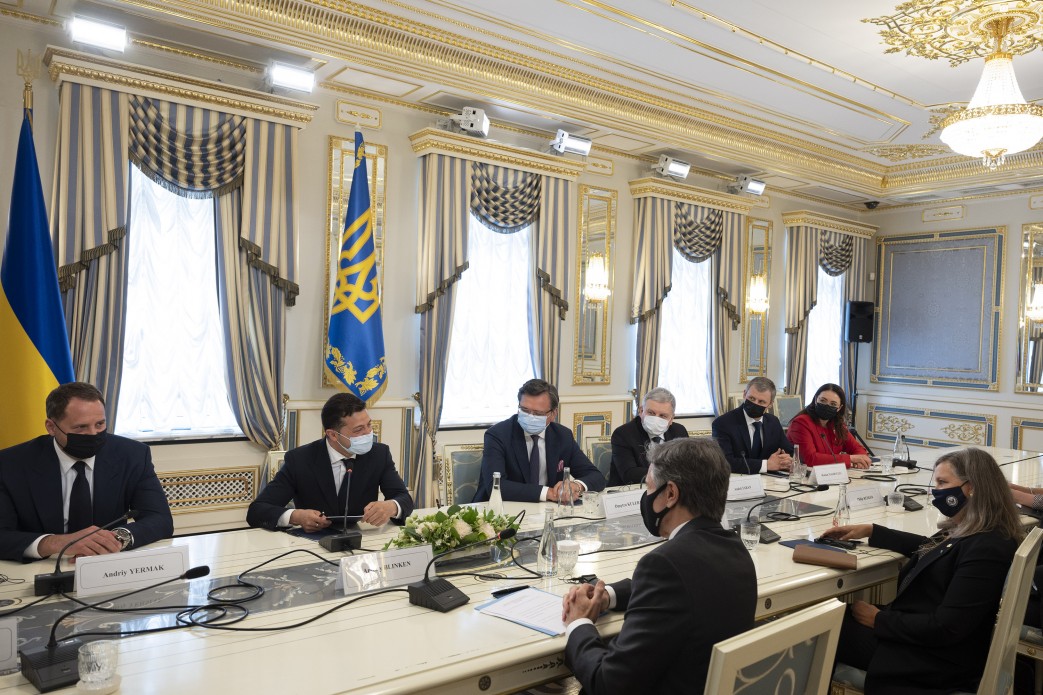 President Volodymyr Zelenskyy met with US Secretary of State Antony Blinken, who is on a visit to Ukraine.

The President welcomed Antony Blinken to Kyiv and noted that Ukraine and the United States enjoy good relations today, both emotionally and practically.

Volodymyr Zelenskyy stressed that this visit is an important signal for Europe and the Russian Federation, as it takes place at a time when Russia's military presence near Ukraine's borders has increased and there is a high probability of escalation of the conflict in Donbas.

"It is important that today, thanks to the support of the United States, joint work with Ukraine and the European Union, pressure has been exerted and the probable escalation on the part of the Russian Federation has been stopped," the President of Ukraine said.

According to him, the withdrawal of part of weapons has relieved tensions, but the threat remains. In fact, a small part of troops has been withdrawn: as of today, it is only 3.5 thousand servicemen and 210 units of equipment and only from Crimea. The forces deployed along the borders allow the Russian side to launch a military operation against Ukraine at any time.

At the same time, there is a decrease in sniper fire in Donbas, and therefore fewer Ukrainian defenders killed.

"Indeed, the number of shots has decreased a bit now. The issue of ending the war for Ukraine is a priority, and a priority for each of us," Volodymyr Zelenskyy said.

"We would like you to help us with this. Because it will be difficult for us alone to counter the threat in the Black Sea-Azov region. We want the United States to be one of the founders and leaders of the Crimean platform and we invite the American side to participate in its first summit," the Ukrainian President stressed. 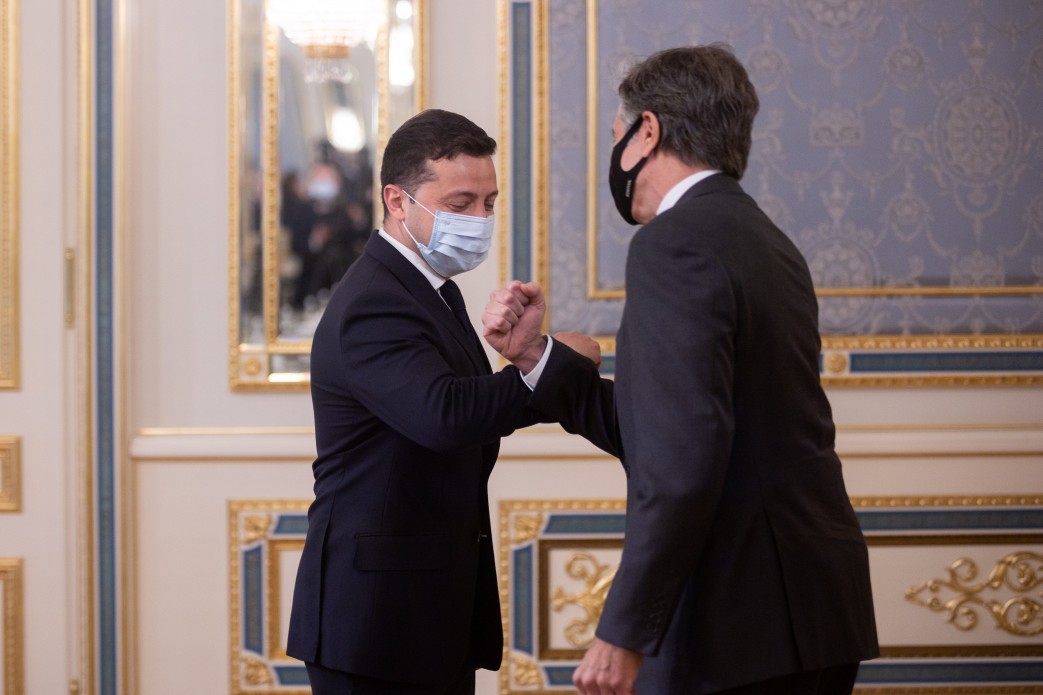 Volodymyr Zelenskyy also called on NATO countries to enhance their military presence in the region so that joint allied action at sea in response is possible.

In addition, the President expressed hope that at the NATO summit on June 14, discussions will begin on the prospect of Ukraine receiving a NATO Membership Action Plan.

"We ask for the assistance of the United States in initiating this process," he added.

The President noted that our country continues to carry out reforms, in particular, despite resistance, the land market has been launched in Ukraine, the judiciary is being reformed, NABU and SAP are being developed and the independence of the Constitutional Court is being ensured.

Ukraine is willing to continue its partnership with the IMF and fulfill its commitments, the President assured.

In addition, Volodymyr Zelenskyy noted that the goal of his policy is systemic de-oligarchization.

For his part, Antony Blinken thanked the Head of State for the warm welcome and conveyed sincere greetings from US President Joe Biden, who greatly appreciates the conversation that took place between the two leaders a few weeks ago.

The interlocutors also discussed preparations for the US President's visit to Ukraine. Volodymyr Zelenskyy noted that 2021 will be a landmark year in relations between the two countries.

"In the year of the 30th anniversary of our independence, during which an important Crimean platform will take place, I invited the President and Vice President of the United States to visit Ukraine," Volodymyr Zelenskyy said.

According to him, the format of the meeting with the leader of the White House is still being worked out. "I believe that this meeting will take place. It is important for both countries," the President of Ukraine added.

Antony Blinken assured that the United States sees the progress that Ukraine has made in very difficult circumstances.

"I came to Ukraine to personally confirm to you our strong support for the sovereignty, territorial integrity and independence of Ukraine, our partnership. For many years, the United States has stood by Ukraine against aggression, supporting the strengthening of democracy, institution building, the fight against corruption and the promotion of reforms," said the Secretary of State.