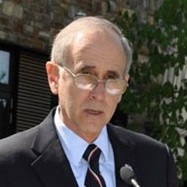 WASHINGTON, D.C. - Today, President Donald J. Trump announced his intent to nominate the following individuals to key positions in his Administration: Keith W. Dayton, of Washington, to be Ambassador Extraordinary and Plenipotentiary of the United States of America to Ukraine.
Keith W. Dayton currently serves as the Director of the George C. Marshall Center in Garmisch, Germany, a position he has held since 2010.  He also serves concurrently as Senior United States Defense Advisor to Ukraine.  His current service follows a four-decade career in the United States Army, retiring in 2010 with the rank of Lieutenant General.

Among his many assignments, Lt. General Dayton was the United Sates Security Coordinator Israel/Palestinian Authority, the Director of Strategy, Plans and Policy, Army Staff, the Pentagon, the Director of Operations for the Defense Intelligence Agency, and United States Defense Attache to Russia.

Lt. General Dayton earned a B.A. from the College of William and Mary in Williamsburg, Virginia, a B.A./M.A. from Cambridge University in the United Kingdom, and an M.A. from the University of Southern California in conjunction with the United States Army Russian Institute in Garmish, Germany.

He is the recipient of numerous awards for his military service, including from the State Department and from the Canadian, German and Austrian Governments.  He speaks Russian and German.