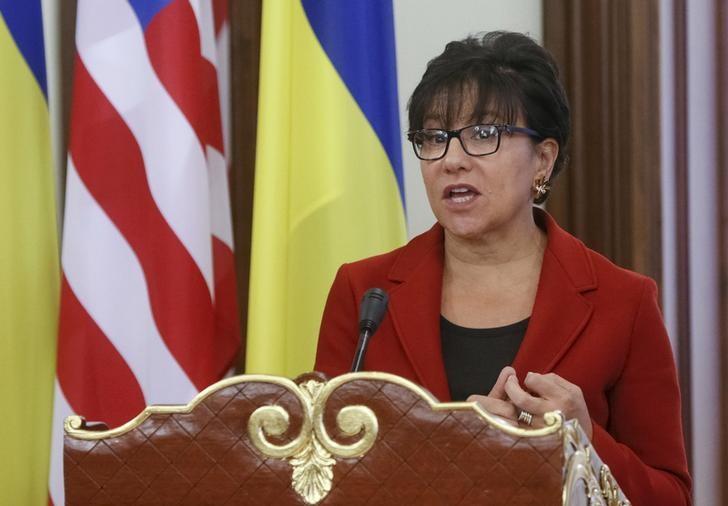 U.S. Secretary of Commerce Penny Pritzker has been designated by President Obama to lead a Presidential Delegation to Kyiv, Ukraine, for the Commemoration of the 75th Anniversary of the Babyn Yar Massacre on September 29. While in Kyiv, September 28-29, Secretary Pritzker will also continue the Department’s high-level engagement with Ukrainian officials on economic reforms that will strengthen the country’s trade and investment climate.

During the visit, Secretary Pritzker will meet with Ukrainian leaders and Members of the Ukrainian Rada to discuss progress on the country’s economic reform agenda. Five executives from U.S. companies representing varied business sectors will join the Secretary for discussions with the government of Ukraine on current reform efforts and how to grow the U.S.-Ukrainian trade and investment relationship

The executives meeting the Secretary Pritzker in Kyiv include:

This will be the Secretary’s third visit to Ukraine in two years. Since her initial visit in September 2014, Secretary Pritzker has highlighted the importance of expanding the U.S.-Ukraine commercial relationship through initiatives such as the July 2015 U.S.-Ukraine Business Forum in Washington, an October 2015 follow-up trip to Kyiv, and ongoing engagements with Ukrainian government leaders.