Three U.S. Senators and two U.S. Representatives visited Kyiv, Ukraine for meetings with Ukrainian officials and the U.S. business representatives about the U.S.-Ukraine partnership. They met, in particular, with the Ministers of Finance, of Foreign Affairs and of Defense of Ukraine.

At the meeting with the U.S. business representatives yesterday, March 21, members of Congress expressed support for U.S. business in Ukraine, heard about Ukraine’s progress in enacting economic reforms, and discussed additional reforms still needed for Ukraine to attract international investment. 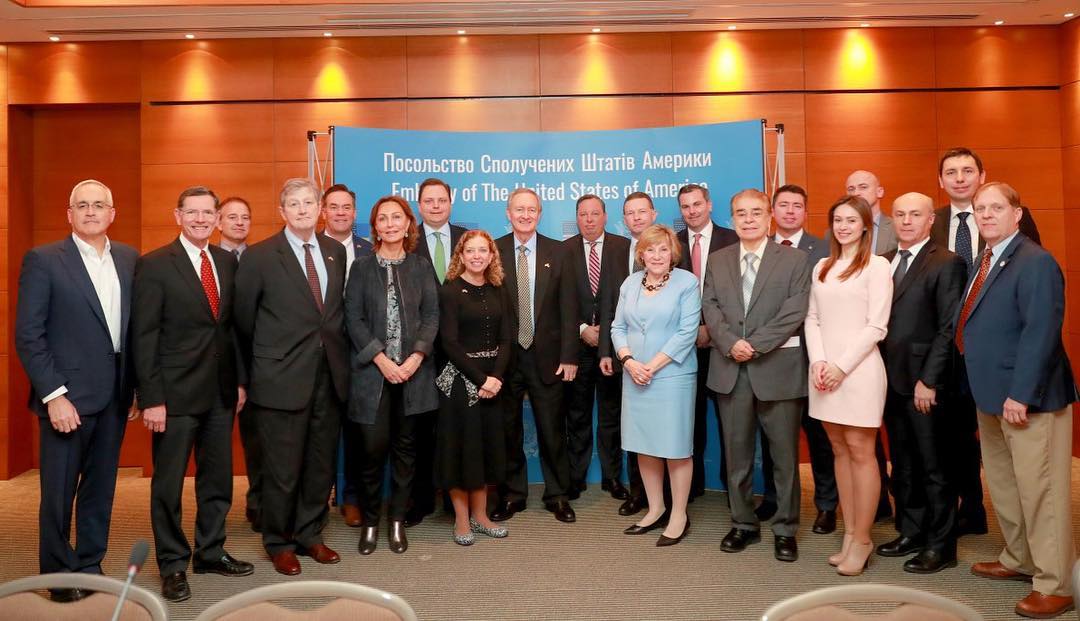 Charles Phillips of the Commercial Section of the U.S. Embassy in Kyiv moderated the hour and a half long conversation, with Sen. Crapo opening with the statement about the Congressional Delegation’s trip to meet with the state level officials from Poland, Hungary, Ukraine, and Belgium to discuss concerns about Russian coercive activities in Europe, and current EU/NATO efforts to counter these Russian activities. The CODEL’s key areas of interest included sanctions policy, the effectiveness of the U.S. Committee on Foreign Investment, BREXIT, and the current NATO deterrence and defense efforts that provide foundational leverage for effective economic policy. Russian activities are broad in scope and touch on many of the areas overseen by the Committees on which the CODEL members sit.

The discussion topics included anti-corruption activities including state procurement reforms and decentralization reforms; the country’s energy security through increasing own oil and gas production, securing nuclear energy, investing in renewable energy and improving energy efficiency; cybersecurity in all sectors of the economy and governance; privatization of state-owned assets; U.S. assistance in public reforms and the defense sector; challenges which Ukraine faces with its labor force; and, of course, the upcoming presidential and parliamentary elections in Ukraine. 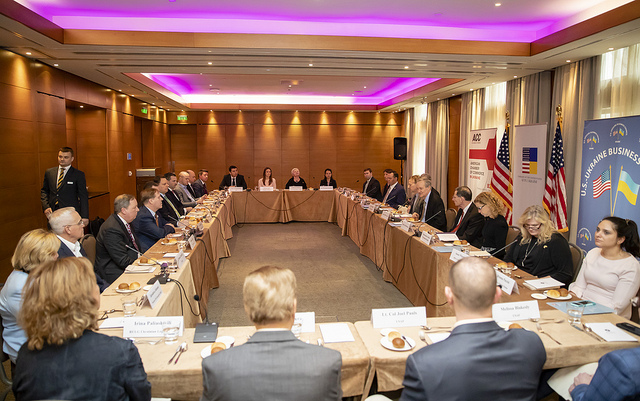 The U.S. business community in Ukraine was represented by USUBC’s Michael Datsenko, Director of Information and Member Programs, and Andy Hunder, American Chamber of Commerce in Ukraine’s President, as well as the following company representatives:

Also attending were Ludmyla Dudnyk on behalf of USUBC and Galyna Isakiv on behalf of American Chamber of Commerce in Ukraine, as well as some of the CODEL staff.