U.S. VACCINE DIPLOMACY: UKRAINE SHOULD BE A PRIORITY By Geoffrey Berlin, UkraineAlert 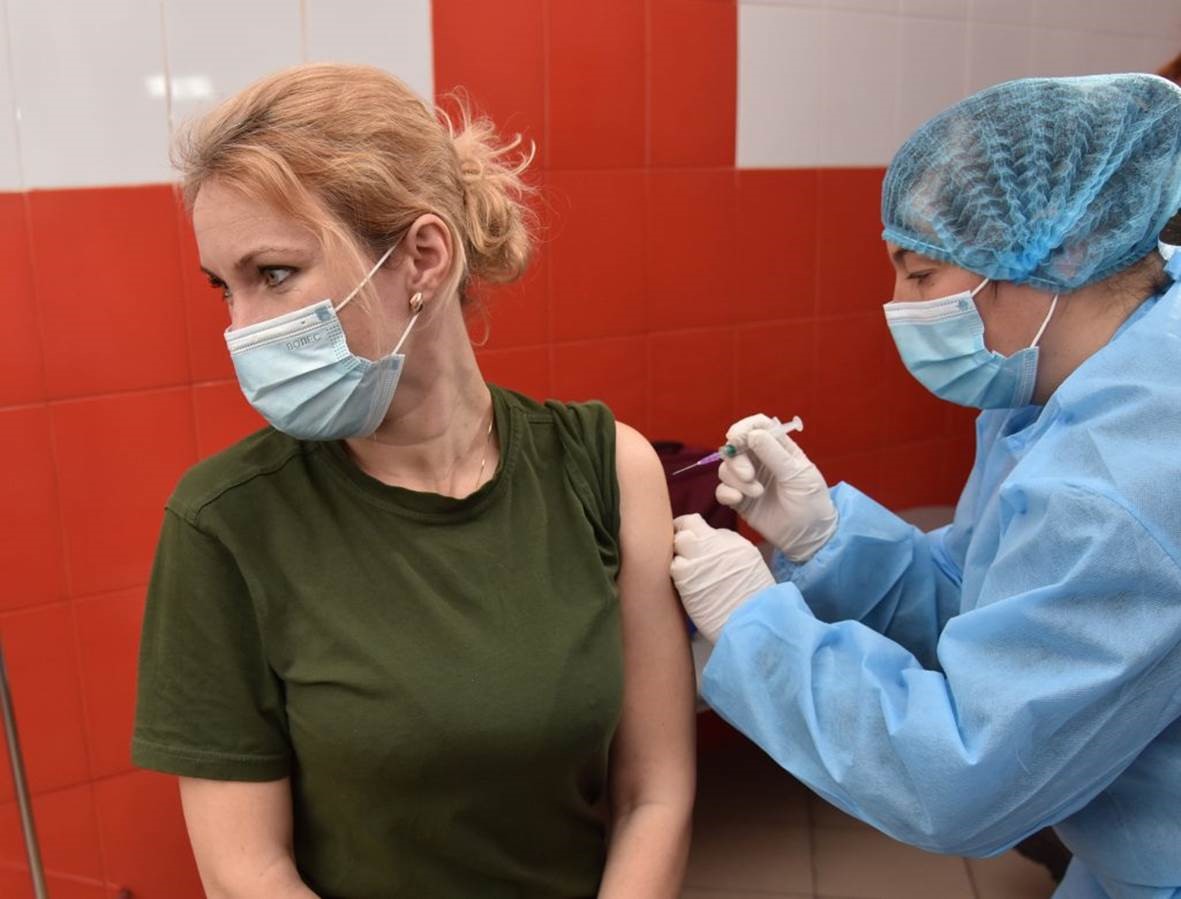 U.S. VACCINE DIPLOMACY: UKRAINE SHOULD BE A PRIORITY

With U.S. President Joe Biden preparing to send 80 million Covid vaccine doses abroad, Ukraine should be a priority beneficiary of America’s “vaccine diplomacy.” Encouragingly, Ukraine features among the countries set to receive vaccines during the first wave of allocations. Hopefully, the country will remain in focus as US efforts expand.

Among the global “have-nots” in the scramble for coronavirus vaccines, Ukraine’s plight is made significantly worse by the ongoing aggressive actions of its Russian neighbor. On top of more than 50,000 deaths from the Covid pandemic, the conflict in eastern Ukraine has also taken the lives of over 13,000 Ukrainians and left millions displaced.

In the most recent flare in tensions, Russia deployed military hardware and tens of thousands of troops along the border with Ukraine. Biden’s intervention, and the promise of a summit meeting with Russian President Vladimir Putin, helped pave the way for a temporary easing of tensions. However, the threat of a major escalation in the seven-year Russo-Ukrainian War remains.

In recent days, Russia has backed Belarus dictator Alyaksandr Lukashenka over the May 22 state-sponsored hijacking of a Ryanair flight carrying dissident journalist Raman Pratasevich. Kremlin solidarity with Lukashenka has included refusals to allow a number of leading EU airlines permission to enter Russian airspace. This hostile stance illustrates the extent to which Putin remains committed to continuing the current geopolitical confrontation.

As the United States proceeds with its own Covid vaccine program, there are limited vaccine supplies immediately available for Ukraine’s population and no end in sight to the country’s pandemic problems.

Ukraine is now coming off a third wave of the pandemic, where the infection rate peaked at over 20,000 a day. So far, the government of Ukraine has been able to secure contracts for about 15 million vaccine doses, which would enable it to vaccinate around 17 percent of the country’s estimated 43 million population. A recent report by the Economist Intelligence Unit suggests that at the current pace, widespread vaccination coverage may not be achieved until 2023.

I have experienced Ukraine’s Covid pandemic firsthand, as my company built our first wind farm last year in the country’s southern Odesa region. We administered PCR tests to every construction worker before they deployed to the project site, then kept them isolated among themselves, while also testing our core team every two to three weeks. We were fortunate. While we had a number of asymptomatic cases, we were spared serious infections.

Others have not been so lucky. The area where our team resided became a Covid red zone last summer. When a local church completed its reconstruction, the townspeople flocked to its opening service. Within weeks, news emerged of Covid fatalities from among those who had attended.

Our team stayed in a residence named the Dobriy Samaryanin (“the Good Samaritan”), which is home to about forty people including displaced persons from the Donbas conflict. In December, the manager of that community checked into a local hospital, was put on oxygen, and subsequently passed away.

In the last few months as Ukraine traversed its third Covid wave, serious cases seemed to be everywhere. The list included the team we work with at an international development bank in Kyiv; an American friend who publishes an online business journal; the manager of our civil construction crews; the in-house legal counsel at our investment partner; and the husband of a woman who shares an office with me. New and more infectious strains of the Covid virus were apparently spreading throughout Ukraine, only to be contained by another countrywide lockdown.

Here in Odesa, the city is nonetheless a joyful place. An unseasonably cool spring is now giving way to the familiar warmth of the summer season. Restaurants and cafes are putting tables back out on terraces, and people are once again descending on the city’s beaches along the Black Sea. However, it is unclear what lies in store for them and their compatriots across Ukraine with the Covid virus still unchecked, and given the current limited access to vaccines.

I have just returned from the United States, where I received two doses of the Pfizer-Biotech vaccine. As an American in Ukraine, I am the living embodiment of a widening divide: I am protected, while my Ukrainian friends and colleagues wonder what awaits them before vaccines arrive. Like civilians caught close to the front line of a war, they are faced with the prospect of succumbing in the final months before a truce arrives.

As Americans shed their masks and the US economy rebounds, Ukraine risks sliding backward while its people continue to navigate the Covid pandemic. The summer months may offer some reprieve, but the onset of cooler weather in September will surely bring a fourth wave of the virus.

While Russia occupies Ukrainian land and the possibility of a large-scale military escalation continues to hang over the country, America should step in and provide Ukraine with millions of much-needed vaccines.

This would be America at its best. It would send a clear message to Ukrainians that, as their country faces the dual threats of Covid and Russian aggression, the U.S. will not stand idly by.