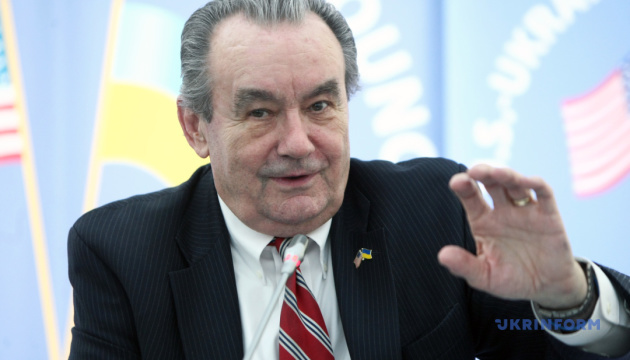 Thanks to a number of important reforms, as well as a lot of “small steps” that keep changing the business environment for the better, Ukraine has significantly raised the level of its attractiveness for U.S. investors over the past five years.

“The environment for doing business in Ukraine has become significantly better over the past five years,” President of the U.S.-Ukraine Business Council (USUBC) Morgan Williams said in a commentary to an Ukrinform correspondent after the meeting of the representatives of American and Ukrainian business circles in Washington.

According to him, numerous "small steps forward" and a number of significant changes contributed to the improvement of business environment. Therefore, now the American business community sees much better prospects in Ukraine and has a more positive vision.

“They say that so many changes have already taken place that we can move forward,” the USUBC President said.

According to him, two important things happened. On the one hand, Ukraine has taken many steps forward and, on the other hand, the level of trust of international business in Ukraine has grown substantially.

“These two factors became a powerful driver in 2018, and we believe that the year 2019 has much greater potential,” Williams underscored.

When asked what Ukraine should do to become more attractive for investors, the USUBC president mentioned the agro-industrial sector as the most promising for foreign investment.

He stressed that, first, the American investors expected Ukraine to establish a private land market. “Then they will be able to invest much more in agribusiness, in equipment, so that the Ukrainian agricultural producer can become more powerful,” Williams said.

Second, according to him, it is important that the Export-Import Bank of the United States remains open for Ukraine. This, he stressed, “will provide more guarantees for exports,” which is also a very positive factor for investors. In addition, the agribusiness in Ukraine requires completion of the initiated reforms and construction of a solid infrastructure.

Morgan Williams also noted that the tourism industry and information technologies were also among the most promising sectors for foreign investment in Ukraine.