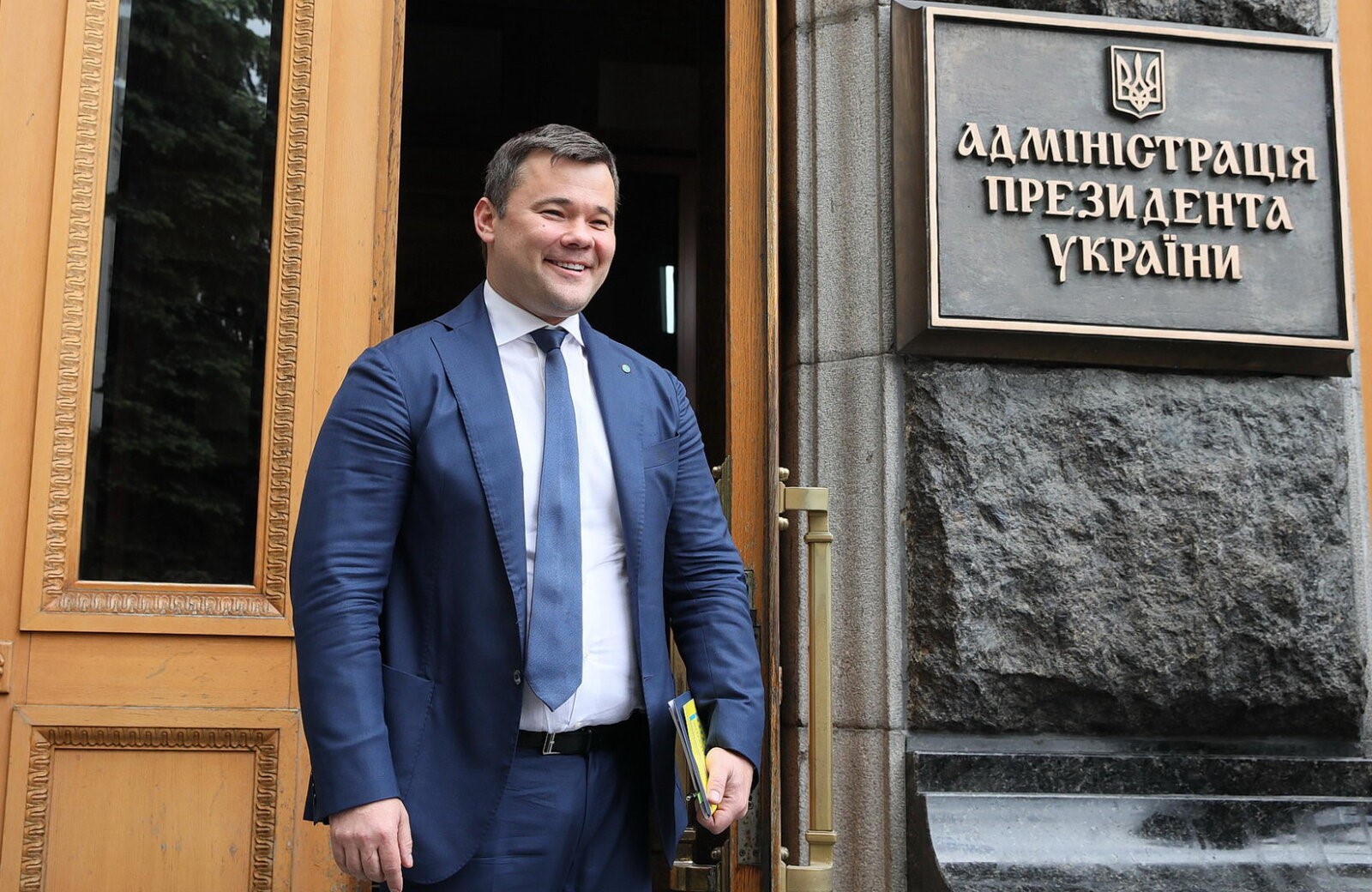 Lawyer Andriy Bohdan, 42, has been named the head of President Volodymyr Zelenskiy’s administration. The decree was published on the president’s website on May 21.

“Zelenskiy believes that this post has to be occupied by a person from his inner circle whom he trusts,” Bohdan told journalists earlier on May 21 before the order of his appointment was made public.

Serhiy Shefir, Zelenskiy’s long-time business partner and close friend, who along with Bohdan was among the candidates to lead the administration, was appointed Zelenskiy’s first aide.

Bohdan will also have a team of deputies, most of whom are new to public service and previously held key roles in Zelenskiy’s presidential campaign. They are:

Ruslan Stefanchuk, a professor of law and a close confidant during Zelenskiy’s campaign, has been appointed as an adviser to the president and his representative in parliament.

Mykhailo Fyodorov, the head of digital strategy in Zelenskiy’s campaign, will be an adviser to the president.

Lawyer and film producer Andriy Yermak will be an aide to the president.

Who is Andriy Bohdan

Despite Bohdan having Zelenskiy’s trust, his appointment may be illegitimate: as a former top official under disgraced ex-President Viktor Yanukovych, Bohdan is — at least formally — banned from occupying government jobs, including the head of the administration, until 2024, under a law adopted after the 2014 EuroMaidan Revolution. Bohdan served as envoy for anti-corruption policy in the government of Prime Minister Mykola Azarov starting in 2010. He resigned from this post March 2014.

Bohdan’s appointment is also controversial because of his most famous legal client: Ihor Kolomoisky.

Bohdan became an adviser to Kolomoisky after he was appointed the governor of Dnipropetrovsk Oblast in 2014. That same year, Bohdan was included in the Petro Poroshenko Bloc’s list of candidates for parliament.

However, good relations between then President Poroshenko and Kolomoisky didn’t last long.Kolomoisky resigned after a year in public office, and Bohdan’s name was removed from the party list. But he and Kolomoisky stayed in contact and worked together up until Bohdan’s appointment to the Zelenskiy administration.

After the government nationalized PrivatBank — Ukraine’s largest bank — from Kolomoisky and his business partner Hennadiy Boholyubov in December 2016, Bohdan joined the legal team that challenged the legitimacy of the takeover on behalf of the two oligarchs, who resided in self-imposed exile in Switzerland. Kolomoisky returned to Ukraine shortly before Zelenskiy’s inauguration.

Over the course of his career in law, Bohdan also represented former Ukrainian President Viktor Yushchenko, the cabinet of Prime Minister Yulia Tymoshenko, and the leader of the Ukrop party, Hennadiy Korban.

Bohdan said that if appointed head of the administration, he would stop his legal practice and his license would be terminated.

In media interviews, Bohdan said that he had become acquainted with Zelenskiy in 2014 through common acquaintances in Dnipro, where Kolomoisky was governor at the time. Zelenskiy — who until his election was a comedic actor and television producer — worked with Kolomoisky’s television channel 1+1.

Bohdan said that he was the one who convinced Zelenskiy to run for president.