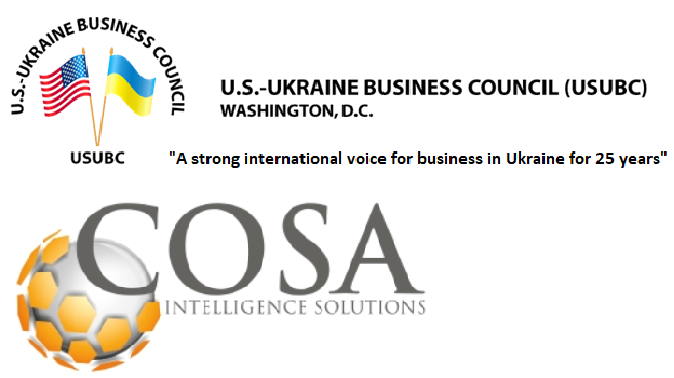 Co-Founder and Co-Chair of the bipartisan Congressional Ukraine Caucus

Longest serving woman in the U.S.-House of Representatives, almost 38 years

Congresswoman Kaptur will bring opening remarks. Topics to be discussed by Congresswoman Kaptur will be expanding U.S-Ukraine relations, strengthening support for Ukraine in the U.S. Congress, ways to strengthen Ukraine's business development especially in the area of energy independence and resilience with a focus on renewables: solar, biofuels (biodiesel, bioethanol), wind and LNG and other relevant issues.

RSVP - Attendance is for members of the U.S.-Ukraine Business Council and their employees and others by invitation only. If you have not received an invitation and would like to attend write to info@usubc.org.  Your attendance must be registered.  Morgan Williams, USUBC President & CEO, will moderate the webinar.

Congresswoman Marcy Kaptur proudly represents the working people of Ohio's Ninth Congressional District. She is currently the longest serving woman in the history of the U.S. House of Representatives (for almost 38 years) and ranks among the most senior Members of the 116th Congress. Congresswoman Kaptur, a native Toledoan, lives in the same modest house where she grew up.  Congresswoman Kaptur is running for re-election this year.

She is a Polish-American with deep familial and cultural ties to Ukraine and humble, working class roots. Her family operated a small grocery store and her mother later served on the original organizing committee of a trade union at the Champion Spark Plug factory in Toledo.

After graduating from St. Ursula Academy, she became the first member of her family to attend college, earning a bachelor’s degree in history from the University of Wisconsin (1968) and later a master’s degree in urban planning from the University of Michigan. After working for 15 years as a city and regional planner, primarily in Toledo and Chicago, she accepted an appointment as a domestic policy advisor to President Jimmy Carter. During his Administration, she helped maneuver 17 housing and neighborhood revitalization bills through Congress.

In 1981, while pursuing a doctorate in urban planning and development finance at MIT, she was recruited by the Lucas County Democratic Party to run for Congress against a first-term Republican. Although she was outspent by a 3-to-1 margin, Kaptur parlayed a strong economic message during the 1982 recession to stage a nationally-recognized upset.

In Washington, Kaptur fought vigorously to win a seat on the House Appropriations Committee. Today she serves as the first woman to Chair the influential House Appropriations Subcommittee on Energy and Water Development, which she considers an honor given the Ninth District stretches much of the southern Lake Erie coastline.

Kaptur also serves as a senior member of the powerful House Appropriations Subcommittee on Defense. She uses this assignment to advocate for a number of military assets throughout northern Ohio, such as the Toledo Air National Guard’s 180th Fighter Wing unit in Toledo, and Camp Perry, a National Guard training facility located near Port Clinton, which also hosts the Ohio Air National Guard’s 200th Red Horse Squadron, and the significant number of defense industrial base manufacturers throughout the district.

Congresswoman also serves on the House Appropriations Subcommittee on Commerce, Justice, and Science, which has jurisdiction over the Department of Commerce, Department of Justice, National Aeronautics and Space Administration (NASA), and the National Science Foundation.

2) GEOFF BERLIN, CO-FOUNDER AND CHIEF OPERATING OFFICER, UKRAINE POWER RESOURCES, KYIV (WIND)
Geoff Berlin is an American entrepreneur with over two decades of experience in Ukraine, starting in 1992. He is the Co-Founder and Chief Operating Officer of Ukraine Power Resources, https://ukrainepowerresources.com/, which is developing and building wind power projects in Ukraine.

Prior to launching UPR, Geoff was the CEO of Retrofit America, a venture he launched in Atlanta to make homes energy-efficient. This put Geoff on the front lines of taking action on climate change in the United States, where he achieved average energy savings of 40% for hundreds of homeowners.

Geoff has been a forerunner in developing numerous business activities In Ukraine: He founded and launched the Hertz rental car and vehicle leasing franchises, developed a program to modernize Ukraine’s cement plants, and led feasibility work on the Odessa-Brody oil pipeline. Geoff received an MBA from the Wharton School at the University of Pennsylvania and an AB degree with high honors from Dartmouth College.

Dale began his career as a nuclear engineer before moving into the banking sector for several years. In 1997 he was hired by the AES Corporation to run the Almaty, Kazakhstan office with responsibility for leading regulatory, government and market issues. He was the founding Chairman of the Kazakhstan Electricity Association.

During his time with AES Dale was the COO for a large utility in Brazil, started and sold several energy services companies in South America, led the financing and engineering contract work for a €100m retrofit and life extension of a power plant in Hungary, managed the development of a 200 MW hydro in Uganda, and was the Regional Director for Russia, Kazakhstan and Central Asia where he managed a portfolio of 5 power plants, three distribution companies, two power trading companies and a coal mine.

During his five years in this position he realized the growth in value from $150m to over $2bn, starting with an LSE-IPO but ultimately monetized in a private sale. Since 2009 Dale Perry has been the MD of SI Energy, developing power projects in Georgia, Indonesia and Turkey

UTC has built 5 bioethanol factories in Ukraine.  One more factory is under construction and one more is contracted. UTC has a equipment production department, an office of engineers and technologists, installation and commissioning team.

Eugene’s personal and professional moto is ‘lat. Re non verbis – by deeds, not by words’. Eugene is a strong supporter of “green energy and fuel sector”.
He holds a PhD in microbiology. Adverio Company https://www.adverio.eu/ is a 10 years partner with Ukrainian Technological Company in green projects development in Ukraine and Europe.

5) STEPAN KOZYTSKYY, PARTNER, ECO-OPTIMA, LVIV (WIND, SOLAR)
Stepan Kozytskyy started his career in 2004 in his family business which at that time was starting E&P business. Since that time Stepan worked on different positions in different family-owned companies, focusing on both traditional (oil and gas) and renewable energy.

Eco-Optima, http://www.ecooptima.com.ua/en/, is the largest company in Western Ukraine, which is engaged in the development and implementation of renewable environmentally friendly energy sources. It is the first privately owned company that received a loan from the European Bank for Reconstruction and Development (EBRD) and built the first wind farm in Western Ukraine.

During the company's work, a number of projects in the field of energy were implemented. At the same time, new investment projects, in particular small hydropower and biofuels, are constantly being developed and developed with existing objects. Stepan holds and bachelor degree in mining engineer and MBA in economic international relations.